Why Do Small Farmers Fail?

As a small farmer, I have been alarmed at just how many small farms close down. I mean with all the hype and excitement over eating real food, connecting with food, and becoming more aware about what we are eating, you’d think all these new startup farms would be wild successes, but they’re not and I predict this will be a continuing trend.

I was listening to a farm entrepreneur podcast recently and this statistic blew me away, 80% of small farms will fail in 2 years and in five years it becomes 98%! When I heard that I had to rewind it to make sure I heard it right. The reason? Cashflow, plain and simple. The reasons for the cashflow problems vary; a catastrophe strikes that they can’t recover from, their chosen specialty is too narrow of a niche market, they have no marketing/business plan, or family (usually spouse). I think most often it is a combination of these but the one that seems to be a most common denominator is the family/spouse factor. I’ve heard of cases w 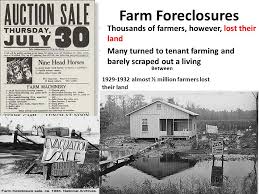 here one spouse was willing to give it a go but after moving out to the country, watching the bank account dwindle, and not too distant memories of how life was before keep surfacing.

Several years ago, a fellow named Kevin came out to volunteer and help out on the farm. One day while we were cleaning out the chick brooder, Kevin posed a question that went something like this, “What would you tell someone who wants to farm but his/her spouse isn’t into it?” My reply was, “If you love your wife, don’t start a farm. Nothing will test a relationship like farm life.” I think Kevin only came back one or two times after that. I don’t mean to be a gloomy gus about it, but I have seen marriages and family ties broken because of a failed farm venture.

Here’s a list of farms who in our short existence have either completely ceased operation or downsized to the point that they are no longer operating as a business.

Manyfold Farm made award winning sheep’s milk cheese closed their creamery and sold all their sheep at the beginning of 2017. Apparently award winning cheese doesn’t mean you’re destined for success, even if you’re in Chattahoochee Hills.

Turtle Bend Farm lasted about 4 years until severe flooding destroyed their vegetable farm. They had just expanded and built a greenhouse near Rockmart, GA.

Two by Two Farm in Powder Springs quit selling to the public and downsized to just grow for themselves after a number of events including the theft of a herd beef cattle.

Red Mud Farm in Douglasville closed up not long after I had met with them about partnering with us to sell their organic vegetables.

Joyful Noise Acres in Ball Ground, GA was a small family farm focused on pastured poultry and pastured pork. They closed down about a year ago and I got the impression that they as a family were just worn out.

Most recently Freehome Farm, also in Ball Ground, just closed up after three years. They blessed us with an eggmobile complete with chickens.

Finally, one of the most horrendous instances was the family who took over our lease at our previous location. I gave them a good deal of advice that they did not follow and a year later, they had vacated the property, abandoning not only their lease but also goats, pigs, and chickens. Sadly several of these animals starved before they could be rescued.

So how are new farmers supposed to succeed? What does the successful beginning farmer look like. Well, that’s going to be for another post because I need to get busy doing the things necessary to keep East West Farm afloat.